We put so much pressure on ourselves all the time. We are *this age* so *this* should have happened by now.
We have let it slide that people do not marry and have kids at a young age anymore so why are we still forcing ourselves into uniformed boxes of where we should be.
I’ve spoke in a previous blog about my reverse bucket list and we really should look back see how far we have come sometimes to appreciate we have grown and matured and just because we haven’t hit certain milestones that society forces on us doesn’t mean we haven’t succeeded.
I decided to have a look through some old things and I’ve made a little timeline of what I’ve done and how far I’ve come and I’m proud of myself. So here is a little unorthodox biography of my life.

and also because there is a chance I will get into heaven now and not be stuck in Limbo for eternity.

Now forgive me because I’m going to skip a few years and I’m not exactly sure of any more dates specifically.

From the years 1999-2006 I have added some photos to demonstrate some hobbies I took up and “mastered”.

First of all: Crafts
As you can see I have made a mobile. I’m sad to say that my craft making skills started and ended at school. I’ve never been the most creative but hey ho.

Next ‘horse riding’. Now as you can see here I am on my ‘horse called Tiny.

My lessons didn’t last that long because I became far too big for Tiny and I was too scared of the bigger horses.

Then Skiing. I actually really like Skiing, and I was actually OK at it, until I gave myself concussion, threw up in front of the school trip and had my form tutor who was an ex paramedic ask me if I’d had a poo while on the trip in front of all my class mates.

What me being regular has to do with concussion I will never know.

In 2009 I left School, and obviously that ended with a prom as they do. I went to that and got so drunk I woke up with my head in a bin but it was a milestone I passed.

I finished college in 2011, and I got into university. I always felt like I’d done really rubbish at college but while routing through my photos I found a letter from my English teacher to my mum saying that I had been nominated for ‘consistent efforts in class and commitment to academic success’. It went on to say that I contributed [sic] “very effectively to class discussion and produced thoughtful, reflective work on the texts studied”.
I don’t remember my mum receiving this but it was nice to read that once my loud mouth opinions were recognised as thoughtful and reflective.

Then after that in 2012 I thought I’d finished with journalism at university altogether, I became a pub landlady. For one month i was the youngest in the country until a girl in the village down who was two months younger than me decided she wanted to do it and stole my title. 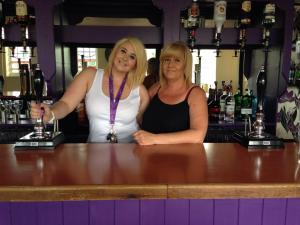 But yes, at the age of 19 I ran a pub. Then leased my own. and for a year and a half that as hard slog. I worked with no day off, designing flyers and posting them at silly hours, opening up at dinner and not closing until between 11pm and 3am depending on the day. Waking up at 7am the next morning for beer deliveries. It was hard, it failed, but I did it and its moulded me into the person I am today and I’m glad I took the leap. Milestone.

I worked in office jobs galore during the years of 2013-17. And I spoke to every type of customer imaginable. I spoke to a man who I’m probably still afraid to name who left me a message on a Monday morning calling me a waste of oxygen because a part I ordered for him was incorrect. In another office job I cried every day for two weeks because the work was stressful and I couldn’t cope. I got shouted at, insulted, and I’m pleased I did because all of those office jobs taught me how to communicate on the phone effectively. It helped me with tips and tricks of getting people off the phone, it helped me be a more empathetic person and helped me learn how to manage and deal with my stress more effectively. It was a milestone.

November 2016 I found Martyn. He’s a very happy milestone in my life. Don’t really talk about him much on here but if you want to know a little bit more click hereeee. 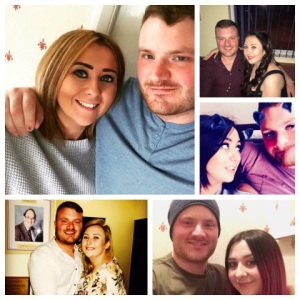 April 24th 2017 I started as a News reporter at Selby Times. I’m still there now and I love it. It was the job I had been after for years and I finally managed to get it. Milestone!

So no I don’t fall into the category that society wants to put me in. I’m 24, in a relationships but I live on my own, I commute to work every day and I have a dog and no children.
Now I’m not saying that one day i wouldn’t like to move in with Martyn, and get married and have children but I want that when we are ready not because society is putting a time limit on things. And as you can see from my timeline I pretty much do what I want when I want anyway, but i can’t see any pubs or any horse riding lessons in the future.