This being positive thing is a learning curve for me. It’s hard to stay focused on the good in a world that has been programmed to constantly bring you down.

Every day I read, watch and hear people being torn to shreds for just being exactly who they are.
It’s exhausting fighting a battle that you know you won’t win. Not straight away anyway.

I’ve said on a few occasions that I’m not feeling great in myself, and the response to that is never to fix how I feel in my head.
It’s : “well maybe you would feel better if you got back on your diet?” “Well how about you go back to the gym?”

And yes I understand, if I’m being negative about my appearance, the simplest thing for someone to suggest is to change my appearance but it’s getting to the point where that isn’t a good enough answer for me.

If I’m not feeling great about a certain outfit or the way I look one day, just because I’m not skinny doesn’t mean the answer is to lose weight.

The answer lies within yourself.

That is the moment where you need to remind yourself that you are enough exactly as you are. You will not be better somehow by weighing less on a set of scales. The way you feel will not disappear by deciding to go on a diet.

Losing weight is lengthy process and the commitment to eating right and exercising well comes when you are in a good place emotionally and mentally.

So next time someone isn’t feeling great, telling them to diet is not the answer because that is not going to fix how they feel in the moment.

Ask them what exactly is making them not feel pretty, or happy. Explain to them that this feeling is temporary and does not reflect who they are.

There have been so many days where I have felt less than amazing before going out and unfortunately it is my lovely understanding boyfriend who takes the brunt of it.

On Saturday for example we were going to a comedy gig and before we went out I tried on three or four outfits and I felt rubbish in everything.

Martyn particularly liked this one dress I had tried on and offered to take a photo of me in it so I could see what he was seeing but I told him no. I was in such a negative state of mind that I knew if I saw the picture and it looked horrible I would have probably cried.

He told me that that was ok, and assured me that the insecurities I was feeling were not a true reflection of what was going on in that moment. I’m so lucky to have that sort of positivity and support. Not just in Martyn, but in my family and friends too. 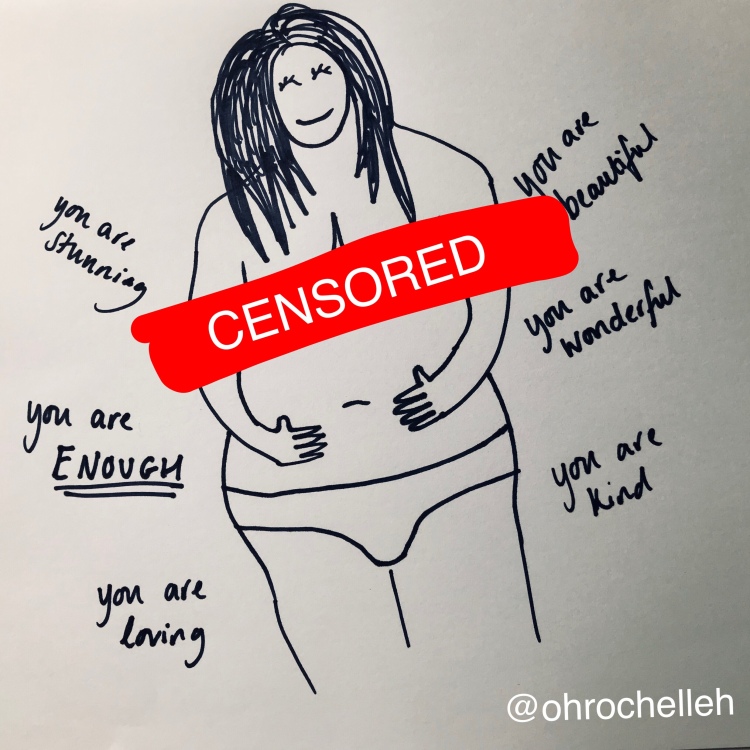